Recognizing the importance of China to the economic and political future of Wisconsin and the United States, the Division of International Studies in 2007 convened a group of faculty, alumni, and leaders in business and government to form the Wisconsin China Initiative, now known as the “Wisconsin China Resource.” The goals of the WCI are to: 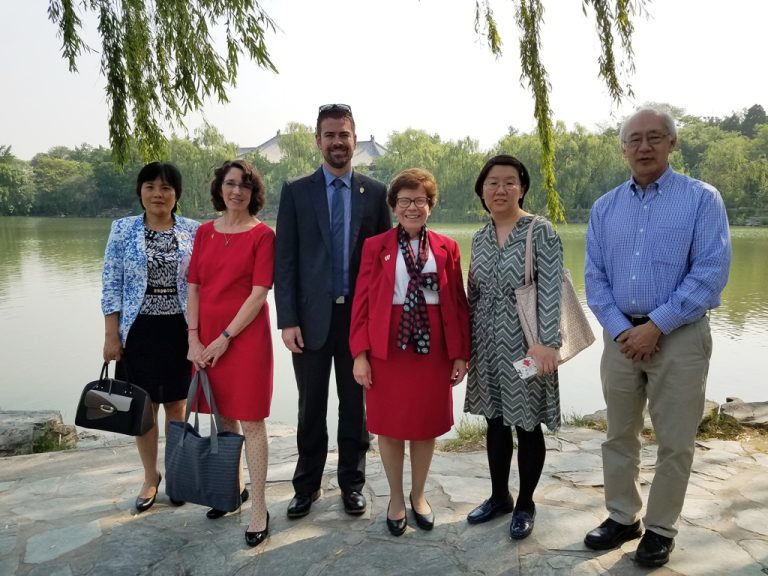 The Wisconsin China Resource is a unit within the UW-Madison’s International Division.

The faculty director of the Center for East Asian Studies (currently History Professor Charles Kim) has administrative oversight for the program.

The staff contact for the WCR is Laurie Dennis (2nd from left in the photo, taken during Chancellor Emerita Rebecca Blank’s 2018 visit to Peking University), who has an office in 333 Ingraham Hall.

We welcome conversations about how to support student research and study abroad scholarships, faculty exchange programs, lectures and conferences, and more.

We are also actively seeking stories and photos about alumni (including visiting scholars) from the 1900s, and news updates about how current Badgers are connected with the China region. See our History tab for more information.

For further information on the China region, please see the Faculty and Staff Expertise section found below.

This is an accordion element with a series of buttons that open and close related content panels.

Faculty and Staff Expertise on China

The UW-Madison has a wide range of departmental connections, faculty research projects, student exchanges, and more with China.  Below is a sampling of some of the faculty and staff who have collaborated with the WCR: 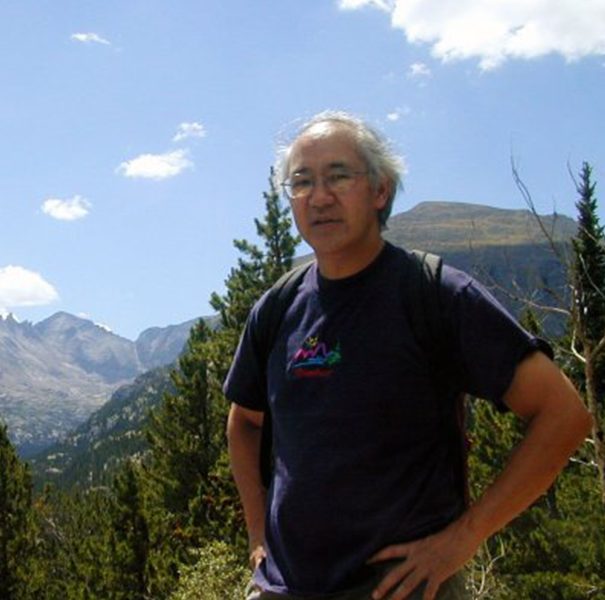 A professor in the Departments of Genetics and Neurology at UW-Madison, Jerry Chi-Ping Yin focused, during his tenure directing the WCR, on both strengthening institutional China connections and working with faculty and staff on campus interested and engaged in the China region. Under his leadership, the WCR began new programs to improve the experience of Chinese freshmen entering UW-Madison, and to collect and celebrate the stories of our Badger alumni - from the first Chinese degree recipients in 1909 to today.

Jerry also was key to the UW-Madison's re-engagement with Nanjing University, which led to the spring 2019 signing of a strategic partnership to encourage new linkages and student/faculty exchange programs between Madison and Nanjing.

Jerry received his BA from Princeton University in 1975, and his PhD in Molecular Biology from UW-Madison in 1986. He has worked and taught in China, and developed summer student research opportunities for Chinese students in Madison. 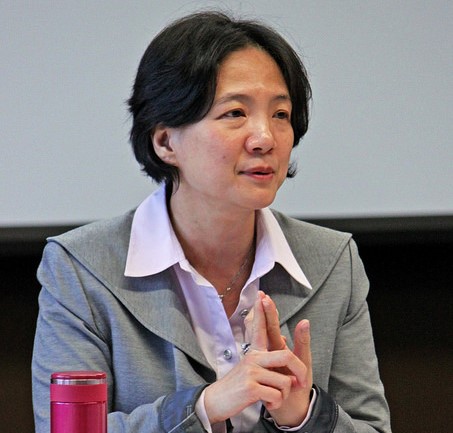 She previously directed the UW-Madison's Wisconsin China Resource, and its Center for East Asian Studies (CEAS). Under her leadership, the WCR expanded its alumni connections and launched the Red Cap lecture series, while CEAS inaugurated Taiwan Studies, and helped shape a more integrated and cohesive East Asian Studies community at UW–Madison. 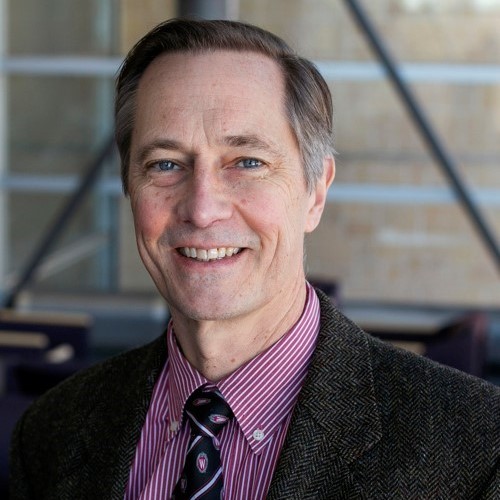 Professor Ohnesorge teaches Business Organizations and Administrative Law, as well as seminars in Chinese Law, and in law and development in developing countries. He is the Director of the Law School's East Asian Legal Studies Center, and was the founding director of the Wisconsin China Initiative, now known as the Wisconsin China Resource. Under his leadership, the WCR developed policy guidelines, held high-profile public lectures about China, consulted with campus leadership on issues related to the China region, and connected with faculty and alumni groups.

A native of Minneapolis, Professor Ohnesorge received his B.A. degree from St. Olaf College (1985), his J.D. from the University of Minnesota Law School (1989), and his S.J.D. from Harvard Law School (2002). Along the way he has spent several years in East Asia, first as a teacher and law student in Shanghai in the 1980s, and then as a lawyer in private practice in Seoul in the 1990s.